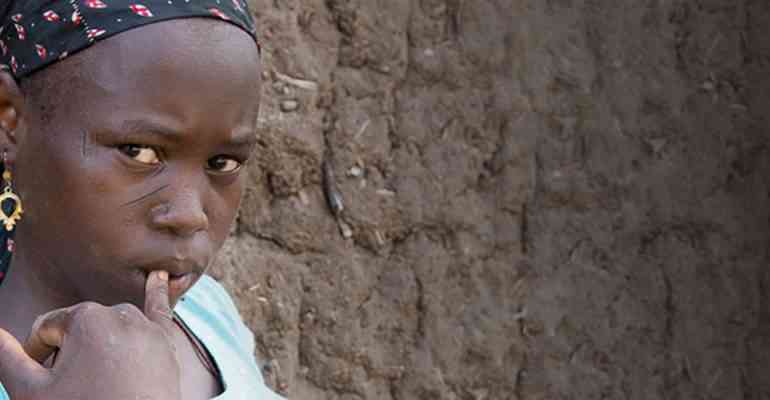 OBSTETRIC FISTULA: THE SAD STORY OF ALERO THE PRETTY GIRL

It may interest you to know that an estimated 2 million women in sub-Saharan Africa, Asia, the Arab region, and Latin America and the Caribbean are living with obstetric fistula. This injury which is a hole between the vagina and rectum or bladder caused by prolonged obstructed labor, occur among women living in poverty in cultures where a woman’s status and self-esteem may depend almost entirely on her marriage and ability to bear children.

Some 50,000 to 100,000 new cases of obstetric fistula develop worldwide each year, and this is responsible for why some women have insufficient voluntary control over of urine or feces or both. A woman with fistula is too often rejected by her husband and pushed out of her village due to her foul smell.

Causes and symptoms of Obstetric Fistula

For women with obstructed labor, labor that goes unattended, the labor can last up to six or seven days. The labor produces contractions that push the baby’s head against the mother’s pelvic bone. The soft tissues between the baby’s head and the pelvic bone are compressed and do not receive adequate blood flow.

The lack of blood flow causes this delicate tissue to die, and where it dies holes are created between the laboring mother’s bladder and vagina and/or between the rectum and vagina. This is what produces incontinence in a fistula patient.

Obstetric fistula symptoms generally manifest in the early post-par tum period. However, other, equally severe symptoms such as psychological trauma, deteriorating health, increasing poverty, and social stigmatization by family and friends can and often do occur.

I know only few people have heard of the disease called obstetric fistula; it’s not as popular talked about like STDs, kidney problems and many other sicknesses we have in the world today. But trust me, many women are suffering from this disease.

The Sad Story of Alero

I have a story to tell; my name is Alero. I am from the Southern region of Nigeria, in West Africa. I am a poor orphan, and my sister and I lived with my aunt in a small village. I lost my first child at the age of 11. I wish I never had to tell you my story, but this is how it happened.

It was a cold night; I wish I didn’t refuse Tina’s offer to walk me down to the stream. I remember that conversation clearly. “Alero, it’s too late for you to go alone to the stream”, Tina warned. “It’s the same stream I visit frequently at night. So, what’s the fuss?” I retorted, and dashed away confidently. Actually, I wished I didn’t even go to the stream like my sister advised; but “Aunty would need water to bath this night and tomorrow morning before she goes to the market.” I had protested.

Alas! I was raped! What a tragedy!? I was miserable and hated every other Thursdays beginning from that fateful day. Few weeks later I was pregnant! Let me save you the story of the shame and reproach experienced from my family, and community, and of course my school. Everybody neglected, not even my aunt was there for me. Fortunately, the idiot who raped me owned up to his dastardly act and accepted responsibilities and performed the marriage rights in the most unsung way.

Pascal was 28 years old when he visited his uncle in the village after his National Youth Service program. He had only spent 3 weeks in the community when he raped me. Whilst living together in a rented apartment in the city, he never related with me like a wife (I guess he wasn’t ready for that). Occasionally, he would remind me that I’m indebted to him because he saved my family and I from public disgrace by accepting to marry me.

Few months later; I was due, but Pascal had traveled outside the state on official assignment. I was alone in the house for days, no body to help, and my closest neighbor were not home at the time. The closest person I could reach on the phone was 10 km away, and by the time Prisca arrived I had gone into labor, and this got worst at the community health center. I labored for 3 days. It was a painful experience especially for me as a young girl. Unfortunately, I lost my child. Life was unbearable afterwards, and I wished I died.

One day I woke up and realized I had pee on my bed; how did this happen? I questioned. I quickly used clothes to damp the bed but the deed had been done; it had spread to Pascal’s side of the bed. This was the beginning of my incontinence and other related issues.  And due to the frequency of my discharge, Pascal began to sleep in the living room; friends stopped visiting, and Pascal would abscond for days, and then days became months.

I was later to find out that Pascal moved into a new apartment with another lady who at the time of my visit was already pregnant. I confronted the lady and we had a very tough confrontation that almost generated into a fight. On that day, I was pressed and needed to use the rest room, but I couldn’t ask her permission to do so, and so I left angered. To my amazement, I messed up myself right on the road. I was embarrassed and ashamed of myself, and I was determined to commit suicide.

Just while I wished the ground had swallowed me up, a young man in his early thirties came close to me and offered to help. “Hi, my name is Fred and I live down the road. Do you mind following me home to clean up yourself? He pleaded.  At that point, I had no choice than to oblige him. “What could be more than death since I had even decided to commit suicide,” I thought.

For a very long time, I had not felt the kind of love and care that Fred gave me in his house. We got talking and hung out few weeks later. Meeting Fred was the turning point of my life. Fred was a medical practitioner, he was the one that made me realize that I was suffering from Obstetric Fistula, and not that I was cursed,

My own obstetric fistula started because I was in labor for days unattended to. I had thought it was an attack from my enemies so I didn’t bother to seek medical help, except for occasional visits to traditional healers.  With the help of Fred, I was treated and now I am completely healed of my disease.

Today I’m married to Dr. Fred and we have a set of twins. As for Pascal, he lost his wife and he’s a single father of two. I do not hold anything against him, he was a good man to me, he only proved that he did’t love me in the first place.

I survived my ailment because I found help; many women all over the world die of this ailment either as a result of ignorance, lack of adequate help, poverty or neglect. Save a pregnant mother today by giving them all medical attention they need during labor. We can end Obstetric Fistula today in our society. We can end child marriage. It begins with you!