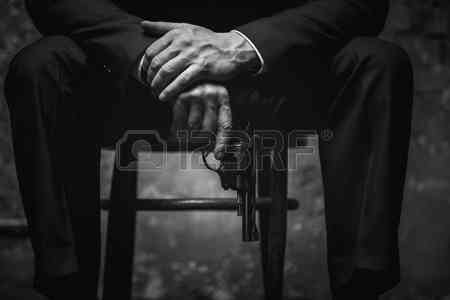 THE OWNER OF THE WORLD’S FASTEST GROWING RECRUITING FIRM AND FAMOUS TYRANT FINALLY RESIGNS AND CLOSES DOWN ITS OPERATIONS WORLD WIDE.

World most affluent man and the founder of the fastest growing recruiting firm resigns as the CEO and has closed down its operations which has spanned hundreds of years.

This vital information was disclosed to our correspondence when the Happy Valley news made a courtesy call to the world ageless deceiver, leader and accuser.  He was said to have revealed that he has had enough employees, and have met his d to shut his doors to any new entrants.

Having being known to be a mastermind of virtually all the evils in the world, and having recruited and trained millions of disciples worldwide, he said his abode—hell is full and it’s doors closed to new candidates.

He opined that since he is retiring from evil, anyone who desires to continue to do evil and commit sin is on his own and should never blame it on his diabolical influence. Having suffered so much blames and accusations, “I will henceforth vehemently fight against anyone who blames me for the crime they commit”, he warned

On what becomes the faith of those who still wish to continue to follow him, the old tyrant said, they should join his competitor who still have more space for people. However, they must have to adapt to the new condition which is very different from his own. And if peradventure they chose not to, then they should wait till the next badge of hellistic candidates but “I cannot guaranty there would be aCI cannot guaranty there would be any slots!”, retorted the tyrant!

To say that Satan would resign from his evil perpetration and diabolical influence on man is unthinkable! That he would consider that there’s no longer space in hell to admit evil doers? This is too good to be true! This is Utopia!

It will never happen! Satan is the god of this cosmos and his goal is to steal, kill and destroy. The tyrannic activities of  Satan shall not cease until the world is rolled away. Likewise admission into hell will never cease until the end of the age. It is impossible that an unregenerate man will end up in heaven with his evil and unrepentant lifestyle. You can only wish!

Hell is like a sepulcher. It is written thus, “Sheol developed a huge appetite, swallowing people nonstop! Big people and little people alike down that gullet, to say nothing of all the drunks (Isaiah 5:14). Hell is big enough to take as many that chose to forsake the way of salvation. If you are an employee of satan, you must have agreed to his terms and have chosen to be such.

In the same way, God’s mercy and grace for salvation will never cease until the earth and its inhabitants are destroyed. The continuous wickedness of man does not change the character of God, He remains the Almighty!

Though eternity continues in both hell and heaven and satan continues to rule and torment his disciples in the lake of fire. Likewise, the reign of God and his saints will continue forever more in the heavenly abode. Where will you stand?

As the earth reaches its end, evil shall be on the increase and the love of many shall grow cold. However, no matter how depraved the minds of men are, God will always retain a remnant of people who would be devoted to him and offer themselves as ambassadors of the kingdom of heaven.

“The Angel continued,…Time is just about up. Let evildoers do their worst and the dirty-minded go all out in pollution, but let the righteous maintain a straight course and the holy continue on in holiness.” Yes, I’m on my way! I’ll be there soon! I’m bringing my payroll with me. I’ll pay all people in full for their life’s works…(Rev.22:11-12).

Where do you stand in the plan of God? The victory that overcomes the world is our faith.