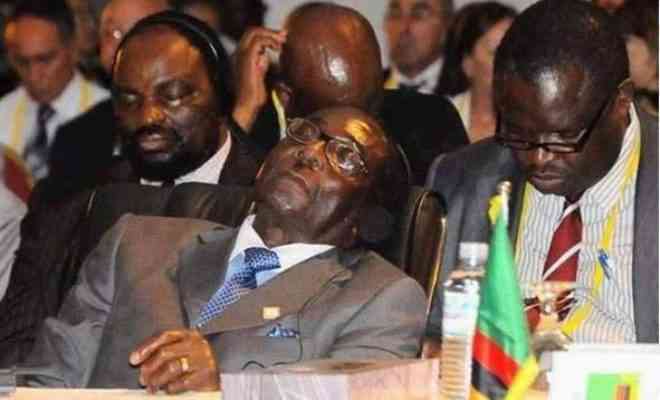 WHY I AM DISAPPOINTED ROBERT MUGABE DIED!

“He (Mugabe) is not even supposed to be alive because people of his age are all dead” — Matemadanda. Even though this statement by war veterans secretary general Victor Matemadanda sounds too harsh for the former Zimbabwe president, Robert Mugabe, I am still disappointed he died.
“The mouth of an elder may stink but out of it comes wisdom.”—Mzee Elvis. This Tonga proverb brings to mind the words of wisdom of King Solomon who having relished the riches and pleasures of the world gave an eternal verity about the brevity and vanity of life (Ecclesiastes 1:12).
Sometimes the pains I feel about some dead persons comes from the concerns that they were unable to transit with their wealth and accomplishments. Even though worldly achievements are temporal and vain, it is a defense to those who have them. Yet, such a defense cannot still prevent death which is the highest common factor of man.
When I heard about the death of Robert Mugabe, I was moved with pity, but more importantly I was disappointed that he couldn’t resist death like he fought to rule over Zimbabwe as President for 37 years. I had wondered that perhaps if he was not pressured to resign, he might still be alive.

The 93 years ex-president of Zimbabwe would have live much longer to enjoy the fruits of his labor for which he has worked since he served as the first prime minister of Zimbabwe from 1980 to 1987 and then as President from 1987 to 2017
The longest serving President, Robert Gabriel Mugabe, as of August 2016 was world’s oldest and one of the longest serving Head of State. His achievements are huge; he is the most educated President the world has ever seen. His literacy pride and those of millions of Zimbabwe’s is undoubtedly worthy of commendation. But of what advantage will this be to him in his grave?
I seriously think [muɡaɓe] shouldn’t have died. He should have still remained the President of Zimbabwe for as long as he could resist death. He should have imprison death and make himself an undying god over Zimbabwe and the world, seeing that he was able to continue ruling even when it was obvious that he has lost his strength and vigor. What a shame?!
Whilst we await autopsy report to ascertain the cause of Robert Mugabe’s death, it was said that he may have died from severe prostrate cancer which he had battled with for a while.
The leader of the Zimbabwe African National Union – Patriotic Front (ZANU–PF) since 1975, and a father of four was a revolutionary leader who gave the West and the so called “white skinned” a rough criticism and apparent hatred for western control and colonialism.
One of his major achievements was taking lands from white colonizers and giving it back to its original owners, the formerly disadvantaged black people. He constantly stood up to western powers and Western propaganda (including sanctions) has failed to achieve its objectives of destabilizing the country under his rule.
Whilst I am sober about the demise of the 93 years old dictator whose 37-year rule was characterized by gross human rights violations, and greed, I’m very much concerned about many wealthy and influential political big wigs who have turned themselves into political gods and strongholds. Those who believe they are the godfathers of politics and that no one can attain any political office without their approval.
They are defiant and power-drunk; they pursue only their interest and are ever ready to get rid of any obstacles on their path by any means whatsoever. They don’t mind to subject their citizens to hardship and sufferings because they want to remain in power.
Many, like the Syrian President, Bashar Al-Asaad, have destroyed their country’s political and economic structure because of their power obsession. What will become of such power-drunk when they die? What would become of their wealth and accomplishments? Do they ever consider that life is vanity, and vanity upon vanity? Do these tyrants ever worry about losing control someday? Search me!
A day in which they would close their eyes in death and those they have afflicted and oppressed would scorn their helpless bodies and trampled upon their graves!? You wonder too? Yes, what happens to the riches amassed by selfish and ruthless leaders when they are consumed in death?
If we think we can ignore God in our lives and treat God’s creation with contempt, we should remember that life is as brief as the flower that flourish in the morning and dies in the evening. Life is brief no matter how long we live.
God is always the first on the scene and also the last to leave. God doesn’t play hide and seek game. He’s not remote; he’s near. We can’t get away from him. Therefore, let us draw near to him and live for him—for by so doing, we will be fulfilling the purpose for which we were created.
Another Icon of African politics is gone; Robert Mugabe has completed his trade in the market of life, whether he has done good or bad, God will judge. May his soul Rest In Peace.
But for those of us still breathing should take it to heart that life at its best is very brief!
For more on Robert Mugabe’s biography and achievements click here: https://en.wikipedia.org/wiki/Robert_Mugabe
We are winning. Yes, we are wining!
You ma also read: THE HIGHEST COMMON FACTOR OF ALL ACHIEVERS
GreatMark