For the umpteenth time, a demolition squad roared into life in Lagos, leaving in its wake, sorrow, tears, blood, broken bones and dreams, and a dead body. I didn’t see it coming. But in Eko Adele (Lagos), you don’t usually see these things coming; they just pounce on you from nowhere like One-Chance robbers synonymous with that city of aquatic splendor and squalor. This time, the communal victims of Lagos State’s penchant for displacing its own people were the residents of Takwa Bay; an artificial sheltered beach located near the Lagos harbour and Nigeria’s sea gateway. Due to its island status, the Bay is only accessible by boat or water taxis. The beach, popular with swimmers, tourists and water-sports enthusiasts, also has a welcoming resident community, which has now been forcefully evicted by the state government. The Takwa Bay eviction is deeply embedded in horrid historical antecedents. Old habits hardly die. Just like the old soldier. Lagos State government is the old soldier. You bet eviction of residents is that old habit from which the state seems to be congenitally and mortally glued.

For the writer, the story of Takwa Bay’s demolition hits home thousands of kilometers from that bay of pains and blood. It was déjà vu, coming just six months to the 30th anniversary of the demolition of Maroko. As a Maroko boy and victim of Lagos’ taste for the flesh and blood of the poor and vulnerable, I could easily relate with the experience and pains of evicted Takwa Bay residents; rendered homeless, hopeless, helpless and pushed deeper into the poverty abyss in the midst of plenty. The story resonates with me because almost thirty years after Maroko, I still live in the shadows of the demolition of a community of three hundred thousand (300,000) people. No one who lived in Maroko can forget Maroko because you are Maroko, and you carry Maroko with you, every day and everywhere. Just imagine the spectacular horror of 300,000 evicted citizens. Back then, despite the absence of social media, the shock waves swept through the whole world. But that’s a story for another day (A benefitting piece to capture parts of that crime against humanity and historical theft of prime real estate shall be written in June to mark the 30th anniversary).

Nigeria, despite her humongous resources, has become notorious for a chronic lack of social justice, social security and safety nets for her citizens, especially the hoi polloi. But even by Nigerian standard of social inequality and injustice, Lagos State occupies a place of infamy. Lagos always leaves you with the shocking impression that the purpose of its God-given watery landscape and surroundings is to make itself the abode of only the noveau rich, who must live on Lekki Penisula, Victoria Island, Banana Island, Ikoyi and Eko Atlantic City. The poor (of Lagos), it seems, must be punished perennially and pushed into the lagoon or sea, whichever comes first or nearer. In letter and spirit, Lagos seems to say recklessly and carelessly, “This is no place for poor people. Get out! All of you.” Yet the state is founded, exists and survives on the sweats, strength and energy of the poor, who toil daily and operate as messengers, cleaners, okada riders, taxi drivers, bus drivers and conductors, mechanics,, masons, Mama Puts, prostitutes, bar owners and the ubiquitous civil servants. These peoples in different ways, oil the wheel, which drives Lagos and makes her the richest state in Nigeria, and one of Africa’s biggest economies. Without the poor, Lagos cannot survive. The poor are the oxygen of Lagos. Without them, Lagos will asphyxiate. That’s the bitter truth her government must take to heart and reflect in policies.

According to monitored reports, four thousand five hundred (4,500) residents of Takwa Bay were evicted on the order of Lagos State government by gun totting and menacing naval officers. By every standard, Takwa Bay was the eerie reenacted of Maroko in terms of modus operandi, the actors and timeframe. What a shame! It brings back the sad memories and mimesis of Maroko during Babangida military rule. It surely leaves a sour taste in the mouth that a democratic government elected by the people, resorted to the military and military era tactics to dispossess defenceless citizens of their shelter, without providing an alternative or compensations. The residents of this prime piece of land were given only an hour (Maroko residents got seven days) to leave and no prior notice was served, according to residents and news reports. Like Maroko, Banana Island, Ilubirin, Otodo Gbame, and others before her, Takwa Bay had to be cleared of the poor so that the rich can live well enough. But according to America’s 32nd President, Franklin D. Roosevelt “The test of our progress is not whether we add more to the abundance of those who have much; it is whether we provide enough for those who have too little.”

Lagos State government, but the poor will always be with you.

Between 1990 and 2020, from available statistics, at least two dozen slums and waterfront communities have faced evictions orchestrated by Lagos State government, says Justice and Empowerment Initiatives (JEI), a legal campaign group that works with these communities. More so, it must worry every Nigerian citizen that the new democratic dispensation has witnessed more evictions than the military era. In the last twenty-one (21) years alone, Nigerian Slum/Informal Settlement Federation reveals that over 2.3 million Nigerian citizens have been forcefully evicted from their homes by governments across the country, with Lagos at the top of the table. This grim figure represents a dark history and streak of which no decent person should be proud in contemporary time. About three years stand between Takwa Bay and the last eviction of Lagos residents. In a 2017 highly publicised incident, thirty thousand (30,000) residents of Otodo-Gbame, a waterfront slum, were violently evicted in gestapo style, leaving at least fifteen (15) people dead.

Major Slum Evictions in Lagos since 1990

Lagos State government, but the poor will always be with you.

Nigeria as a nation state and Lagos State (in particular) need to take to heart the weight of the words of Greek historian, Plutarch, that: “An imbalance between rich and poor is the oldest and most fatal ailment of all republics.” From Takwa Bay to Maroko, it has been thirty years of well-orchestrated and calculated attempts by Lagos State to send poor land owners and residents into oblivion as it seeks to obliterate their traces on any prime land. A cursory look at the eviction statistics reveals an eerie and disturbing fact. More of these evictions have been carried out by democratic governments as politicians, their friends and senior government officials develop high appetite for prime land originally owned and/or occupied by the poor. Equally telling and revealing of motive/motif is the fact that all demolished/evicted communities either lived on the water front and/or close to the abode of the super-rich. What these ugly facts reveal is the selfishness and greed of Nigeria’s ruling and business elites. Not satisfied with cornering the wealth of the country for themselves and families, they have invented an elaborate and ungodly plan to send the poor out of the city centres; pushing them further into the margin of living, on the fringes and hinterland. In the fatal collisions between the rich and poor in Nigeria, the poor have been left worsted, disgruntled, resentful and patiently bidding their time. Unfortunately the rich, the poor will always be with them. Though it appears they have the upper hand right now, but this is a fight the rich cannot win; it is only a matter of time before they realise their folly. The rich in Nigeria would do well to heed the immortal words of John F. Kennedy: “If a free society cannot help the many who are poor, it cannot save the few who are rich.”

“The poor will always be with you.” Jesus made this clear but often misapplied statement in Mathew 26:11, Mark 14:7 and John 12:8. Some like to cite that statement to justify an inability to work for social justice or mouth it as an excuse for inaction in matters that affect the poor. However, Jesus’s declaration means quite the opposite. By that statement, Jesus charges the world to join empathy and consideration for the ever present poor, demanding justice for them, and working to make their lives more meaningful. A shoulder-shrugging and hand-in-the-air indifference to the plight of the poor is a disservice to the original teaching and intention of Jesus.

The foundation of Jesus’ thought on social justice is located in the book of Deuteronomy, which admonishes: “If among you, one of your brothers should become poor, in any of your towns within your land that the Lord your God is giving you, you shall not harden your heart or shut your hand against your poor brother, but you shall open your hand to him and lend him sufficient for his need, whatever it may be … For the poor you will always have with you in the land. Therefore I command you, ‘You shall open wide your hand to your brother, to the needy and to the poor, in your land.’ (Deuteronomy 15:7-11)

It is gratifying and gladdens the heart that the governor of Lagos under whose watch the poor residents of Takwa Bay have been sacked is a professing and practising Christian. I plead with him as I also charge him and everyone, who is in leadership position in Nigeria, to take the words of Jesus Christ to heart by implementing policies that are pro-people, poor-friendly and which promote social justice. It is worth saying as this juncture that the prevailing housing policy/environment in Lagos is wickedly skewed against the poor. With the exception of Lateef Jakande (God bless him) and Gbolahan Mudashiru who both built affordable housing estates specifically for low income earners, successive Lagos governors have abandoned the poor to their fate on the issue of affordable housing/rent. Yet the conundrum is, “The poor with always be among us.”

On a final note, let me conclude with a sense duty, responsibility, forthrightness and seriousness that our society (Nigeria) appears to be unwittingly inviting trouble and bringing curse on itself, with the careless, carefree and unpleasant way the poor are being treated. But while we sleep as the rich and middle class, an army of the poor is gathering and rising right under our nose. That army has an unusual and underrated hero-leader, Afeez Fashola (Naira Marley). Today’s piece is not particularly (in rich details) about this army and the need to begin to pay serious attention to taking the breeze out its sail. Rather, this piece is a call for the implementation of progressive and credible social justice reforms across board in Nigeria, which is one major way to stop this dreadful and frightening army from being unleashed on all of us. Lagos Sate under Governor Babajide Sanwoolu should take the lead in that direction. Let social justice reforms commence with evicted Takwa Bay residents. A stich in time saves nine.

You may also read: “MY VOTE IS FOR SALE!”

“THE INCREDIBLE STORY OF MY JOURNEY INTO DESPAIR”

OBSTETRIC FISTULA: THE SAD STORY OF ALERO THE PRETTY GIRL 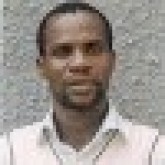 Sign Up to receive Updates from us Regarding our Projects, Causes and more