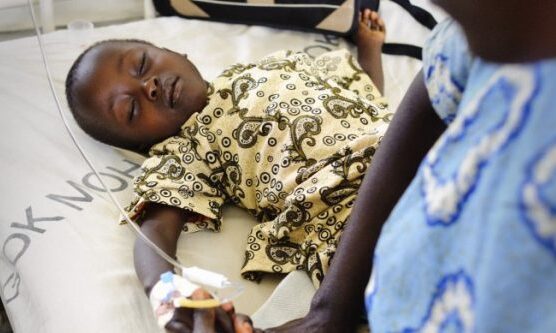 Malaria is a life-threatening mosquito-borne blood disease. The female anopheles mosquito transmits it to humans. Five types of Plasmodium parasite can infect humans. These occur in different parts of the world. Some cause a more severe type of malaria than others.

As symptoms resemble those of flu, they may remain undiagnosed or misdiagnosed in areas where malaria is less common. In uncomplicated malaria, symptoms progress as follows, through cold, hot, and sweating stages: a sensation of cold with shivering fever, headaches, and vomiting seizures sometimes occur in younger people with the diseases, followed by a return to normal temperature, with tiredness.

In areas where malaria is common, many people recognize the symptoms as malaria and treat themselves without visiting a doctor. Symptoms of severe malaria include: fever and chills impaired consciousness, prostration, or adopting a prone position, multiple convulsions, deep breathing and respiratory distress, abnormal bleeding and signs of anemia clinical jaundice and evidence of vital organ dysfunction. Severe malaria can be fatal without treatment.

Treatment aims to eliminate the Plasmodium parasite from the bloodstream. Those without symptoms may be treated for infection to reduce the risk of disease transmission in the surrounding population.

The World Health Organization (WHO) recommends artemisinin-based combination therapy (ACT) to treat uncomplicated malaria  Artemisinin is derived from the plant Artemisia annua, better known as sweet wormwood. It rapidly reduces the concentration of Plasmodium parasites in the bloodstream.

Practitioners often combine ACT with a partner drug. ACT aims to reduce the number of parasites within the first 3 days of infection, while the partner drugs eliminate the rest. In places where malaria is resistant to ACT, treatment must contain an effective partner drug.

There are several ways to keep malaria at bay.

Research to develop safe and effective global vaccines for malaria is ongoing, with the licensing of one vaccine already having occurred in Europe. No vaccine is yet licensed in the U.S. Seek medical attention for suspected symptoms of malaria as early as possible.

The follwing can help prevent the risk of fallen ill with malaria when you travel abroad:

Early diagnosis is critical for recovery from malaria. Anyone showing signs of malaria should seek testing and treatment immediately.

The WHO strongly advise confirmation of the parasite through microscopic laboratory testing or by a rapid diagnostic test (RDT), depending on the facilities available. No combination of symptoms can reliably distinguish malaria from other causes, so aparasitological test is vital for identifying and managing the disease.

In some malaria-endemic areas, such as sub-Saharan Africa, the disease’s severity can cause mild immunity in a large proportion of the local population. As a result, some people carry the parasites in their bloodstream but do not fall ill.

The eradication of malaria begins with you. Everyone must strive not only to prevent the spread of malaria but more importantly to do all that is best possible to end this debilitating plague.

Today, The World Malaria Day, The Yes, We Are Winning Fundation joins the world to advocate for a safer environment and a call for Government provide more intrvention and to enact policies that would seek to end of malaria in our society.

Yes, We Are Winning, WeCEEEyou!!!