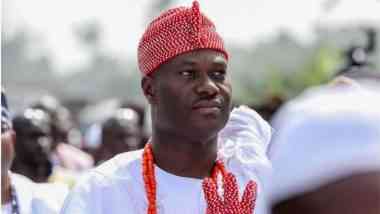 AN AUDIENCE WITH THE KING

His imperial majesty, the king,  is enlightened, well educated, a lover of history. He is intelligent, curious, articulate, pragmatic and with a deep sense of humor; an entrepreneur and most importantly, an African to the core.

Two hours is more than magnanimous to spend with the King, His Imperial majesty, the Ooni of Ife Kingdom, Ojaja II, in his living room and wrapped in the ecstasy of insightful discussion on the rich history of the African race and with much emphasis on the Yoruba dynasty.

It was an amazing time with the zestful and visionary King, Oba Adeyeye Enitan Adewusi, who occupied the most powerful throne of the Yoruba tribe at the age of 41.  He gave a vivid exposition about the origin of the human race, the significance and nobility of the black race, and especially the Ife Kingdom.

It was very interesting to have my Jewish colleague speak about the Jewish race, Judaism and its relevance to the plan of God for the end time. He mentioned that the jewish temple sacrifices are on hold now until the temple is re-built, and that the Jewish race is eagerly awaiting their final salvation when the Messiah returns. This wasn’t new to me but I was pleased to hear it from a Jew.

The King talked briefly about the powers of the throne, and the sovereignty of God. He spoke very convincingly and with enthusiasm the significance of the black race to the world, the uniqueness of the black color and the divine endowment on the black people.

In talking about Africa, he said, Black is the original color from which other colors are derived. Hence, black is a combination of all other colors. He further said that black is the only color with no shades; there’s neither light black or deep black, black is black. This unique feature of black makes the African race a unique race and the predecessor of nobility. This is proudly true!

In promoting the African continent, the king said that nature has so much endowed the black descent that tropical African can boast of the best of everything: The best and conducive weather, the best natural vegetation, the best crude oil and bitumen, the best human capital to mention a few. He also submitted that the biological organs of the blacks are the best.

Furthermore, he said that these natural blessings are reasons why we are not susceptible to natural disasters like earthquakes, Tsunamis, and all kinds of devastating natural phenomenon that plagues the western world.

Also, he alleged that the Yoruba kingdom has proven to be the location of the Garden of Eden. This he alluded to an ancient Yoruba name for the Yoruba kingdom, called “Edena”, meaning the origin of man, that is, where man was formed. The verity of these claims stands to be ascertained though, as my Jewish friend thinks more evidences are required to prove that Eden and Noah’s ark are in Africa and not Israel. 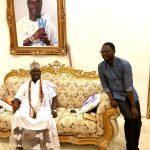 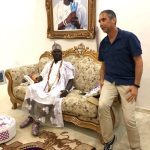 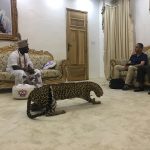 It was informative to hear that that the origin of the Ethiopians can be traced to the Ife Kingdom. He opined that the “Anu” people of Ethiopians and Egypt may may have originated from Ile-ife, and that the Garden of Eden can be traced to the Ife kingdom, which is the source of the Yoruba race. Although, he said there are ongoing researches to authenticate these submissions, however, these claims are worth a mention.

In my opinion, there’s so much powers, primarily traditional and of course mystical, that is associated with the throne, especially of such hereditary title and influential cultural position,  I don’t doubt that the spiritual experiences and the powers at the disposal of the king could constantly conflict with his christian beliefs.

I agree that it is a difficult feat to be able to manage Christianity and the traditional beliefs especially of someone of his position. However, the truth cannot be changed. Every other powers must bow to the name of Jesus Christ, because God has exalted him so, and by virtue of his sacrificial death on the cross, in which he washed away our sins once and for all, he has supremacy over principalities and powers.

I pray for the king that he will have a deep revelation of the true God, and would continue to be a blessing to his kingdom and the world at large.

Why I think the queen of Sheba was from Ethiopia