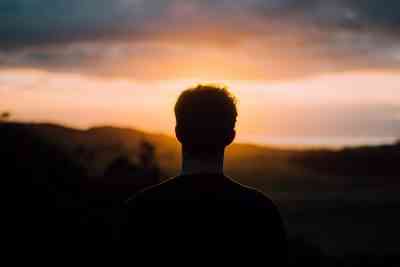 Between better and bigger which is easily noticeable? I admit that better is harder to measure and not as noticeable to the eye as bigger. But, the truth is, better will overcome bigger every time. The story of Mr. Bassey the miserable warrior is worthy of read.

Any time, he prays, Mr. Bassey, also known as “Prayer Warrior”, he roars like a lion and the people around him feel the impact of his intense importunity prayers. To some who have benefitted from his intercession, they never consider his persistency as a nuisance. However, some feels he is a miserable man by virtue of his prayer point, which seemed fashioned after cajoling God to do whatever he feels necessary, with no regards to God’s ultimate purpose and plan.

I am a beneficiary of the blessings of an intercessor like Mr. Bassey, but am often startled by prayers that are intended to manipulate God or targeted at cajole Him, with no respect for His Sovereignty. Truth is, you can be prayerful and still be miserable! Anytime you try to use your prayers to change God who is perfect rather than change yourself, you’re miserable!

God is sovereign, yet his unchanging nature should not be a deterrent to making petitions for our needs. Rather, it should be a motivation to seek his intervention on any matter at all under the sun. Although, God challenged us to call upon him and he will answer us. Yet, our prayers should not be aimed at convincing God of the sincerity of our needs, because He knows what we need before we even ask him (Matthew 6:8).

Furthermore, our prayers should not be characterized by long and repetitive words, or flamboyant display of religiosity. For this kind of  pagan-like, babbling prayers, Jesus warned the disciples not to emulate because God cannot be endeared by many words. Thus, prayers that are intended to woo God to act against his will, or fashioned to hamstring or curtail Him is a miserable prayer!

Speaking on the sovereignty of God; Calvinism, which is a major branch of Protestantism that follows the theological tradition and forms of Christian practice of John Calvin and other Reformation-era theologians, shifted the emphasis of prayers from its effect on God to its effect on the pray-er. This theology was aptly put by Matthew Henry thus, “It is true, nothing can have any influence upon him, or move him to show us mercy, but it may have an influence upon ourselves, and to put us into a frame fit to receive mercy.”

In essence, God is not moved or persuaded by our prayers, instead his response to our prayers is a show of his mercy. As Jonathan Edwards wrote, “God is sometimes represented as if He were moved and persuaded by the prayers of his people; yet it is not to be thought that God is properly moved or made willing by our prayers’, instead, God bestows mercy “as though he were prevailed upon by prayer.”

I have come to accept that no matter how good your plans are, it cannot be better than what plans God has for you. His thoughts towards us are precious and ultimately the best for our lives. Though he offers us blank checks to ask whatever our heart desires, and promised never to let us down. Yet, he knows our needs even more than we do know, and his will for us remains the best we can ever wish for in this life.

I agree that it is very difficult to attempt to reconcile the unchangeable nature of God with his responsiveness to the prayers of his creation. However, I believe the submission of Andrew Murray on this matter is noteworthy. He said, God does indeed allow Himself to be decided by prayer to do what He otherwise would not have done.” Therefore, whenever God responds to our requests, or we appear to have made him change his mind, he does this only by his mercy, and not that our prayer is potent to change him.

God commands us to pray and seek his face, with a promise that he will fill our mouth with the desires of our heart. Likewise, he expects us to trust Him and rely absolutely on his wisdom to deal with every of our request in accordance to his will.

What a joy it is to be at peace with who you are and where you are in your life. The desire to be bigger will not allow you to rest, relax and enjoy your blessings, but it will also becloud your sense of gratitude to God. Thank him for the small things; He’s got you in his plans.

Even unanswered prayers or delays can make you a better person if it is God’s ultimate plan for you. So, rather than attempt to manipulate God with your prayers, learn to trust Him. I’m certain that God works for those who wait for him. Like the testimony of Brother Jethro in my article, THE NAKEDNESS OF BROTHER JETHRO, I do know that His plans for those who trust Him are good and not evil, to give them an expected end. This is a promise of God that will never change!”