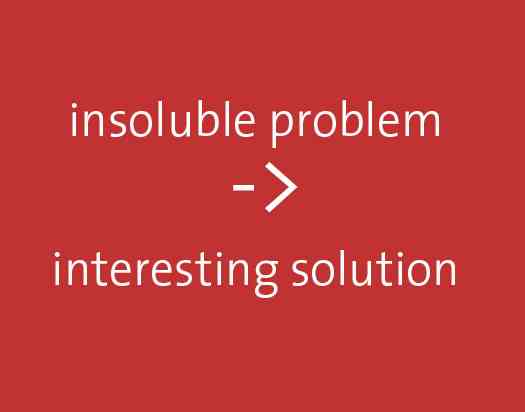 THE SSS THAT MESMERIZED A SCIENTIFIC LAW…

In a recent research, I encountered a situation in which what I would call SSS (Senseless Simple Solution),  proposed by an unscientific man was applied in a problem solving phenomena that mesmerized a scientific law.

Unlike Iron, wood does not have free unpaired electrons whose spins can line up to form domains. The magnetic moment of the individual electrons is not available to be aligned with an external magnetic field. This is the reason wood is not attracted to magnets and cannot be magnetized.

A proven record was made of an event in the Holy Bible when Prophet Elijah was compelled to come to the rescue of the Sons of the prophet who had their axe head sank into the river while felling trees.

“So he went with them; and when they came to the Jordan, they cut down [some of] the trees. But it happened that as one was cutting down a beam, the axe head fell into the water; and he cried out and said, “Oh no, my master! It was borrowed!” The man of God said, “Where did it fall?” When he showed him the place, Elisha cut off a stick and threw it in there, and made the iron [axe head] float. He said, “Pick it up for yourself.” So he reached out with his hand and took it. (2 KINGS 6: 4‭-‬7).

Amazing, isn’t it? That a piece of floating wood would make a steel axe head float. This solution mesmerized a scientific law. What is the magnetic property of a wood that would make it possible for it to attract an iron or steel? I doubt this is possible! But it happened!

The way out of the seeming life threatening predicaments we are bedevilled with might just be a simple solution and only a PEACEFUL heart can be inspired to receive it. A confused and fearful heart is not a good ground to receive such answers because God works in ways we can’t humanly comprehend.

The quicker we are able to move away from the confused, depressed and faithless state, the quicker we get our heart flooded with divinely orchestrated peace that would open us to divine interventions.

Likewise, the quicker we take our focus away from the problems and fix our attention on The Omnipotent God, the quicker will His peace garrison our hearts against contrary thoughts and open us to divine insights that will make our problems light and passive.

Come to think of it, the solution cannot be found in a revengeful mission or suicidal act. Rather than solve the problems, it would only compound it more. If your worries are potent enough to get you out of your predicaments you should have been free by now. Yea? So, if running from pillar to post; or if medical or scientific approaches haven’t helped, then try God!

Oh, you said you have sought several men of God, and some even deceived you, yet you are still battling with the problems. Yes, some would take advantage of you in a bid to proffer solutions. But gladly, Christ is the ultimate hope and he has solutions to all life’s problems.

Perhaps, you need to change your approach -first establish a sincere relationship with your maker, trust his saving grace and lay your life before him. Then He will make His peace attend your heart and inspire you with a simple solution that would glorify him.

A peaceful and graceful spirit is a medicine to the body. The Lord is near you. You are winning! Yes, we are winning!