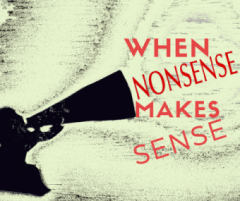 To follow someone on Twitter for instance, simply means subscribing to their tweets or messages so you can receive them and read them. So if you chose to follow a friend, you would have access to his life activities except things he chose not to share.

Therefore, If you are following a saddist or an immoral person for instance, you should be exposed to his ideologies and way of life. Of course you can chose to accept or refuse his way of life but definitely you have got possibilities of being influenced. Likewise, following a moral or intellectual friend provides a platform for you to learn and be influenced by his disposition.

A statement credited to a foremost and divinely inspired writer, Saint Paul,  in his letters to Timothy, a young and vibrant leader of a Christian group is of note: He counsels, “Flee also youthful lusts: but follow righteousness, faith, charity, peace, with them that call on the Lord out of a pure heart. 2 Timothy 2:22.

Timothy was probably at the time between the ages of thirty and forty years. Like many other youths, he also stands the chance of derailing from the godly lifestyle he embraced. Therefore, Paul urged him to run away from all those ill-regulated passions to which youth is peculiarly liable, such as intemperance, peer pressure, lust, arrogance, petulance, ambition, nudity, pornography, levity, vehemence of action, wilfulness, crime, fraud, sensuality, and the likes.

Rather, Timothy is to continue to walk in the path of godliness and “follow” after  righteousness, faith, charity, peace. This means that just as you follow a friend, and you are most probably influenced by his disposition, you should as a matter of priority and importance, be a follower of virtues of integrity, righteousness (opposite of iniquity), love of God and people, justice, morality and godly contentment, and peace with them that call on the Lord out of a pure heart.

Sadly, the reverse is very true today. Many youths, flee righteousness and morality, and every good works, instead they follow after and pursue youthful lusts, perversions, sensuality, self indulgence, worldly pleasures, violence, and all manner of inhumanity with them that run devil’s errands. When what is normal becomes abnormal and vice-versa, and when what makes sense becomes nonsense, then it calls for serious concerns. This is a reflection of a perverted life, in which nonsense makes sense!

The things that interests us or appeal to our sense of reasoning are the mundain things of the world which feeds our passion and gratified our self. Self is at the core of most of our activities, and as such little or no reference is made to God in our dispositions. The more we follow that which is evil, the faster and the further we shall flee from that which is good.

The best that some do is to make a mention of God in form of empty piousness and nitpicking. For some, the name of God or Christ has become a slang, such as “Jees” (abridged word for Jesus), “Oh my God or gush!” to mention a few. God’s name is a sure tool in the hands of the comedians to create the exhilarating jokes. But to a depraved mind, it makes sense!

Some say words like, “Baba Gode” (Father God), or the “Guy up there” to refer to God. The funniest jokes are those that reveals the activities of Pastors and Churches. To some, this makes more ribs-cracking jokes and sense. Even DSTV, a cable TV, deletes and mutes the utterance of the name, “God’, like they do censor the “F**k” word. It is ridiculous, isn’t it? That the creation would disregard the creator in such an ungracious and profane manner.

Sensual, ungodly and immoral secular artists most of whom have been initiated into the Illuminati and Church of Satan are the role models of many of our youths. These worshippers of Satan gets more followership on the social media than those who promote morality. Godliness is fast becoming unfashionable; unpopular and primitive. And what should makes sense is nonsense.

Many who are Christians would get so much excited at sensual and senseless songs, and even promote the egregious lifestyles of such artist; yet they frown at God’s word and criticize and persecute those who live righteously. “And according as they did not think good to have God in their knowledge, God gave them up to a reprobate mind to practise unseemly things.” Rom 1:28.

Since many youths have abandoned sincere personal devotion to God, and have chosen to feed from the crumbs that falls from Men of God, and have consequently inculcated a shallow and debased lifestyles, it would be difficult to discern the truth from lies. To many, all Pastors and preachers are false; all churches are fake, Christianity is boring, Jesus is a slang, God is only for mention.

The religion of “I know myself and God knows my heart” is an excuse to cover up what is not. Some would  say words like, “the way I chose to worship God is up to me; I don’t care who that hurts or helps. As long as God sees the heart. I don’t have to be responsible to anyone.” That’s not true! On the contrary, if the spirit of God dwells in you, your life would reflect the nature and character of God; anything short of this is self-righteousness.

With Self at the core of a man’s life, God is only for a mention, as such he’s passive.. This is what it means to follow after self and unfollow after godliness. This is sadly the lifestyles of many who celebrate homosexuality and lesbianism; they praise those who promote immorality and corruption.

Unfortunately, those who themselves are depraved, and who through their songs and lifestyles corrupt the minds of listeners gets more “likes” on social media than a moral or religious post or message. The Youtube is full of videos of youth promoting nudity and weird and senseless things. Sadly, their pages gets more ‘likes’ and ‘followers’ than this who promote morality.

A selfie posts on the Instagram would get more likes than a moral or religious quote or image. This is the perversion of morality! This is the age when nonsense now make sense!

Gladly, in every corrupt and ungodly society, God always reserves a remnant of people who in spite of the threat to life, would follow after and pursue righteousness and the fear of God. Even if you are challenged by peer pressure, and the society leaves you with no choice than to compromise, don’t give in.

In my article, THE BEAUTY OF UNDOING YOUR MISTAKES.I share about the possibility of undoing your mistakes and living a better life. Never be comfortable with mediocrity. Create, Maintain and Improve on your life. When nonsense makes sense, you follow righteousness. You’re winning! Yes, we are winning!