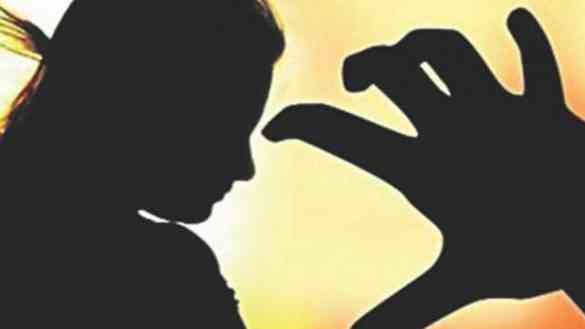 “MY SEXUAL ORDEAL WITH A BEAST…”

September 17th 1990, I was 13; young, vibrant and full of hopes and aspirations. My name is Cassandra and this is the tale of my sexual ordeal with a beast.

My parents planed to travel on another business trip, and so I was taken to my uncle’s place in the south eastern part of the country. I was supposed to stay with him for a week.

My first night was great. But the next morning my aunty had received a call that her goods had being ceased by the customs in Lagos and her attention was urgently needed. Aunty and Kate, my neice took the next available flight to Lagos the next day. This was the beginning of my ordeal.

For good 6 nights; my uncle rapped me!… I felt used, abused and abandoned. There was no one around to help me; and I was naive, I didn’t have the chance to share my experience with anyone. I kept hoping that my parents or even my aunty would return the next day so I could narrate my ordeal to them, and be free from my uncle’s harrasments.

A week , then another one, but my parents hadn’t returned. Why would my parents abandon me with this beast?, I often queried. After a month, news finally reached that my parents had died in a car crash on their way back form their trip. I was devastated, and thus my hope was shattered! What could be worst, I wept uncontrollably.

This sexual ordeal continued until I was 19. My uncle didn’t stop his sexual abuse, and he threatened to kill me if I ever told his anyone. Every moment his wife was away, I would be the toy in the hands of this beast!  I got pregnant twice and he drove me to doctors far away from our home for D and C. I had wished I died in the process so I could be free from my diabolical uncle. He was so smart to cover up every chance I had to open up. I felt doomed!

As a result, my growing up was difficult and lonely. I couldn’t stand the sight of men; they irritated me to my bone. I could literally throw up at their sight. I was bitter and disgusted with uncle and wife, and I swore never to step foot into his house again when I have an opportunity to escape.

In spite of this, I struggled to survive. My life was appalling but I was determined to excel in my career and make my parents happy in their grave (if that was possible). I resolved that the only thing that would give me consolation is to be educated and empowered so that I would not end up useless.

I met people who counselled me; I had different therapy sessions so I got better and better. After all I’m supposed to marry a man in the end. Because of my painful experiences, I couldn’t find strength in any friendship even though I tried severally. I couldn’t get myself to trust anyone.

However, my search for happiness led me to Christ. It was then I realized that Christ was actually waiting at the door of my heart so he could come him and heal my broken heart. I recall that I had many chances to run to him for help while I was going through the bitter ordeals, but I jettisoned. I though he never cared about me!

I wish I had taken one of those chances, perhaps I wouldn’t have gone so deep in the troubled waters. I thought the best thing was to keep the secret to myself, and try to suppress my feelings. But I was wrong! Anyway, finally, I found the savior; I found life!

My life was renewed and my dignity restored. I had to leant to forgive; trust me, it wasn’t easy but I did forgave my uncle and all those who had willfully maltreated me. Then peace and health was restored to me, and i was determined to live a life that would influence others positively.

By the way, I Came out best graduating student in my school as the only female mechanical engineering student in my department. How did it happen? Yes, even in the midst of my hopelessness and struggles, I was determined not to let my situation hinder me from my life aspirations, and God helped me!

Today, I celebrate those women who are alive to tell their stories. They are survivors; they weathered the storm while many gave in and even hated living.  But what about those girls, ladies or women who have died during child birth, during the D and Cs, after rape. Or what about the infants that never got a chance to see the light of the day?

Today, celebrate every pregnant woman around you!!! They are going through a lot.Therefore, every mother is worthy of adoration. Husbands should love and cherish their wives; they are eternal treasures.

Like I noted in my previous article, “MY JOURNEY INTO DEFILEMENT”- A SAD TALE OF SHARON.To all victims who have been forcefully defiled, let go; and let God. The journey or healing process might be tough and bumpy but its always worth it in the end.