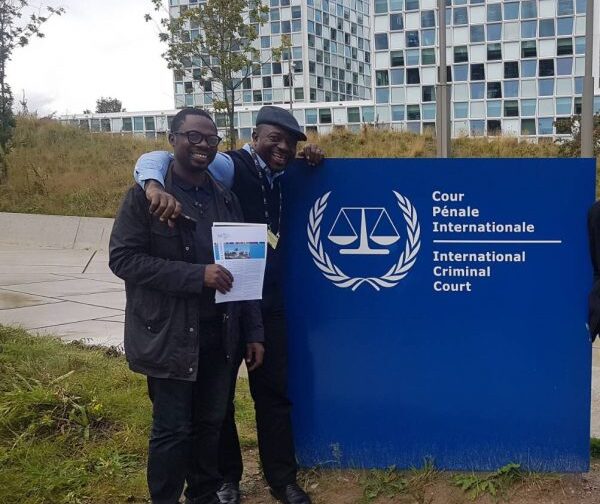 ON THE CRIMINAL LIST, I SAW ONLY AFRICAN LEADERS…?

It was my first visit to The Hague, Netherlands, which aside being the seat of the parliament and the Dutch government, its for many commonly identified as the headquarters of the International Criminal Court of Justice. On arriving at the reception, I picked up a newsletter at the information stand and it was the highlights of the court proceedings of the day. To my utmost amazement the names of aledged criminals on the list of the cases before the court were all African leaders. The first question I asked myself was, Is it only African leaders that are criminals?

I was in the company of my colleagues and friends, Omang Dave, Rotem Cohen, and the Director General, NTA. For Rotem Cohen, there was no need to visit the court even for sightseeing because in his opinion the judges and and stakeholders are bunch of hypocrites who only sees the pecs in other people’s eyes but fail to see theirs.

His opinion was well informed by the various court judgements which condemns the fight of Israel against the Palestinian, alleging the former as unfair and unreasonable in their fight against what they describe as terrorism. He thinks those biased set of judges are not worth honouring. Anyway, I’m not about to discuss his concerns and some other political issues, some of which made him stayed outside the building, while we pass through a tight security check to register our presence as visitors.

Why would the president of a nation govern for many years, enjoy immunity and of course affluence and still end up at the criminal court for actions considered as crime against humanity, financial misappropriation, and other vices? I’m wondering too. Knowing the punishment that awaits such actions, why do some of our African leaders careless about the aftermath and yet act god on the seat of governance?

We got a very warm welcome from the pretty receptionist, who educated us about how to go through the digital library to study the history of the court and other related interests. We were supposed to join the court session which was on break for 30 minutes, but we had to jettisoned the library tour because of our time. Sadly, we couldn’t take pictures at the picturesque reception, where we met a Lagos-born Nigerian who works at the the court.

Hence, I decided to take copies of the court brief for the day’s cases and the following names were on the list of cases to be treated:

My point is, even if the westerners would sometimes be biased towards the third-world countries, why must we do things that we plunge us into criminal suites? It is often said that if a man have been accused of stealing a foul, he should not be seen playing with a chick. Why can’t we exonerate ourselves from corruption and crimes by doing what is beneficial for the good of our race? Why must we always prove that we cannot truly govern ourselves? Search me!

It is ridiculous and shameful to be identified as an African in such situation. The whites sees all of us as the same. The news of how our leaders embezzle public funds, or invest their countries resources in foreign countries while majority of  their citizens suffers  hardship is everywhere, and the first thing a foreigner would mention when you are engaged in a discussion are these disheartening issues.

It is no longer news that our major problem as Africans is our leaders. The culture of greed, selfishness, and unpatriotism had eaten deep into our society, and one wonders whether the coming generation would even do better. As far has I know, it hasn’t gotten better. I hope it does!

We need leaders who would not be divided by party lines or agenda. Those selfless leaders who’s personal interests would be buried while the overall interest of the people would be their utmost goal to achieve. When would we have the amazing developments as seen in the west, some countries of which hasn’t the magnitude of the natural resources which most of our African countries have.

Do we only have criminal leaders in Africa? Are there no such leaders in Europe and America who have done so wickedly, and deservable of being Condemned as corrupt or lawless leaders? The fact is, corruption is everywhere, but the rate at which African leaders are being cut in this web is alarming and doesn’t speak well of the black race.

I urge our African leaders to stand up for what is right, and do things that would move our continent forward. Also, I challenge the younger generation to break out from the mold of self deceit, greed and corruption, and inculcate a culture of godly fear and selfless service.

We are so blessed as a continent, and our uniqueness should be celebrated in a good light that would bring Honour and glory to our father land.

For more information on the suspects visit www.icc-cpi.int