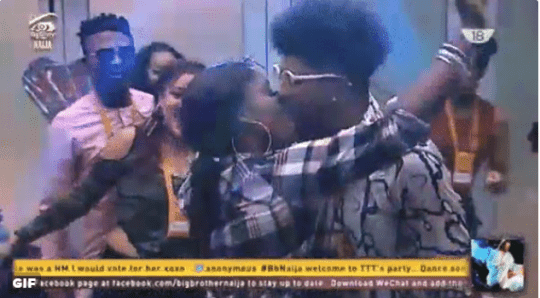 BIG BROTHER NAIJA: A TRADE OF MORALITY FOR FAME!

The Eleven-week reality show, Big Brother Naija, a.k.a BBNaija finally came to an end on Sunday 9th April, with Efe emerging as the winner of the controversial TV Reality show. One statement that occurred most frequently in the interviews of the contestants was that they were in the house to play the game, and have fun, but not necessarily for the money. They had opined that the exposure, fame and image which the Big Brother Naija platform would afford them is more critical to them than the ultimate prize.  Yes, it is appropriate to find a good platform to promote one’s craft or talents, and be launched, for instance, into the entertainment industry. Yet, my grouse with this approach is the way and manner decency and morality was traded for such privileges.

The Warri-born, up and coming rap artist, Efe emerged winner of the 2017 edition of the Big Brother Naija, by popular votes. He won the cash prize of 25 million naira and a brand new Kia Sorento SUV.  While  Bisola Ayeola, unarguably the most creative and talented housemate was awarded winner of the “ONE Campaign” on girl-child education. ONE Campaign is an international Advocacy Organisation for girl-child. Other housemate may have gained exposures and popularity, even though they may not have won cash awards.

A recent survey on the issue of fame and image revealed that, in the contemporary society, money, fame, and image have gained prominence and evolved to become millennial generation’s non-negotiables. The younger generation have on average become highly interested in pursuing extrinsic goals by viewing money, fame, and image as leading life-goals, whereas aspirations relating to self-acceptance, affiliation, and community are regarded as less significant. The fallout from the shifting values of the “new generation” manifest significant impacts for both the society and the individual. Whereas individualism has heralded positives such as decline in prejudice and a rise in equality, it has also presented shortcomings such as civic disengagement, entitlement, and pursuit of unreasonable expectations, which are becoming more apparent and can impact on many spheres of life. This dissertation explores the premise on how fame affects people and the society at large.1

Many Nigerian youth has condemned this public prostitution, saying that it doesn’t promote good morals. An aid to Governor Ifeanyi Okowa of Delta state, Mr. Ossai Ovie, frowned at the show, saying it is promoting immoral practice among Nigerian. 2   Since our society now promotes immorality and vices rather than virtues, this piece might make no good sense to some readers who also have their minds depraved and their sense of morals twisted. It is now a norm to celebrate moral perverts, and mock and persecute those who live right. Such are considered unfit, and uncivilized who do not follow trends, even when such tends are sensual and demeaning. Furthermore, those who are shameless and reprobate are the ones who are celebrities and many of our youths have chosen them as mentors.

Participants of Realities shows that promote promiscuity are better rewarded than educational debates programs and talent hunts. This is also a perversion! There is no doubt that for Efe and Bisola, and of course others, this show has provided them a good platform to develop their chosen career, in addition to wealth and fame. In other words, whilst Efe might become a brand ambassador, and develop his musical career, and rise to popularity quicker than if he hadn’t participated in the show, Bisola, aside from possibly becoming an ambassador for the ONE campaign organization, she would also develop her acting career and become the face of many movies and TV shows. Certainly, they may have become famous and gained local and international recognitions, howbeit, with little or no display of moral values, and enviable virtues.

In the contemporary society, individuals seem to be living in a culture in which fame is available to everyone and at least for a short time. Judging from the popularity enjoyed by TV shows that deals with fame, it seems that most individuals within the society want to become famous. This programmes such shows assert that they want to take people off the street and make them famous. A number of such shows trade on noble talents that individuals possess innately. The new phenomena of fame are a dangerous symptom of the decline of the western enlightenment culture. This is indicative of a culture in which individuals’ pursuit of fame based on a choice driven rational assessment of independent values is being eroded by lifestyles where anti value is as good as the other. As a result, individuals are entangled in a relativistic haze where they stagger from one cultural manipulation to the other in pursuit of talentless fame personalities. As such, autonomy, self-realization, and objective evaluation of values are undermined in the pursuit of the end-fame. 1

Those who are hungry for fame should be wary of the price of it. The lives of the “glorified” celebrities are as messy as everyone else’s and individuals like to have the faults of other people paraded. Celebrities live in a bubble with their daily lives reflecting a macabre reality TV show in which nothing is private, and no personal problem can be sacred enough to be off-limits. As a result, their routine aspects of their daily lives can end up becoming a news item. As such, attaining normalcy within the celebrity’s life can be considered as a true blessing.

Having fame and good image is good. However, when the quest to be famous undermines decency and morality, then it becomes an inordinate aspiration. By becoming famous, individuals can utilize their fame to undertake good deeds to change the world. The fame of individuals must be judged always based on the means by which individuals used to acquire the fame. And for me, it is better to do this in a more excellent way that glorifies God and edifies humanity. It pays to live right! You’re winning! Yes, we are winning!