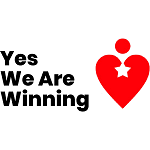 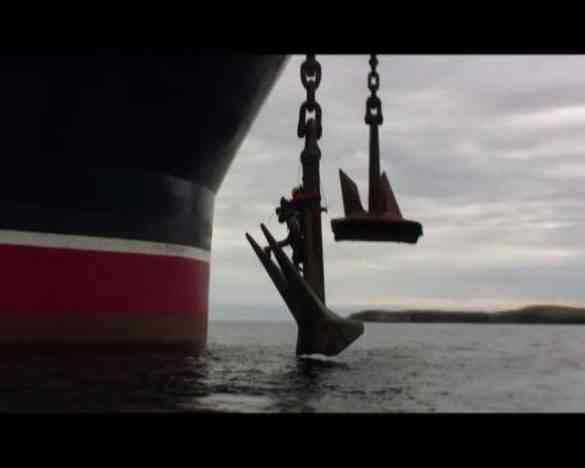 TESTED & PROVED! SEE THE ANCHOR THAT CAN SURVIVE THE MOST TEMPESTUOUS STORMS!

Many years ago, a captain of an English ship sailing near Turkey was caught in a storm. As there was no harbor nearby he let down the anchor, but the wind blew so fiercely that it began to drag the anchor. It couldn’t get a grip on the sandy seabed and so the ship began to drift. Another anchor was let down but it too refused to take hold and the ship was drifting nearer and nearer the shore and soon would be stranded. There was only one little anchor left and the captain felt sure that it wouldn’t be of any use. But it was let down and to his surprise the chain tightened. Soon the ship was held fast and by the help of the little anchor it rode out the storm.

When the time came to lift the anchors, the big ones came up easily for they hadn’t caught on the seabed, but the little anchor refused to come up. They pulled ever so hard and at last it came up little by little and it was very heavy. Something came up with it. It was another anchor. The little anchor had caught in the ring of the anchor of a great battleship that had been lost there years before, and that’s why the little anchor held so firmly. An anchor is a device, normally made of metal, used to connect a vessel to the bed of a body of water to prevent the craft from drifting due to wind or current. Anchors can either be temporary or permanent. Permanent anchors are used in the creation of a mooring, and are rarely moved; a specialist service is normally needed to move or maintain them. Vessels carry one or more temporary anchors, which may be of different designs and weights.

Anchors achieve holding power either by “hooking” into the seabed, or via sheer mass, or a combination of the two. Permanent moorings use large masses (commonly a block or slab of concrete) resting on the seabed. Semi-permanent mooring anchors (such as mushroom anchors) and large ship’s anchors derive a significant portion of their holding power from their mass, while also hooking or embedding in the bottom. Modern anchors for smaller vessels have metal flukes which hook on to rocks on the bottom or bury themselves in soft seabed.

Most of us know what is an anchor but do you really understand how does a ship anchor work? Anchoring a ship is a very important function that a boat or a ship has to do in order to stay stable in water. Whenever a vessel has to stay afloat in a stationary position on water when the engines are turned off, the anchor is cast into the sea so that the vessel does not drift unnecessarily from its position due to water currents.

The message of salvation seem so simple that it is difficult for many to accept that just by believing on the Lord Jesus Christ, they are saved (Acts 16:31). The grace that saves is the free, undeserved goodness and favour of God; and he saves, not by the works of the law, but through faith in Christ Jesus. “For it is by grace you have been saved, through faith–and this is not from yourselves, it is the gift of God” (Ephesians 2:8). It is faith in Christ that begat hope, and this hope is an anchor for the soul. Apostle Paul assures, “Now we have this hope as a sure and steadfast anchor of the soul that reaches farther and enters within” (Hebrews 6:19, AMPV). The anchor of a ship may fail to grip the sea bed, as in the above story,  but this anchor of hope in Christ cannot fail in the most tempestuous sea and fiercest storm.

The littlest faith in Christ can withstand the most boisterous storms of life. In addressing the faithless display of the disciples disciples who were unable to exorcise a demon from a young lad, even though Jesus had previously bestowed upon them the power to perform miracles.  Jesus said, “You don’t have enough faith,” Jesus told them. “I tell you the truth, if you had faith even as small as a mustard seed, you could say to this mountain, ‘Move from here to there,’ and it would move. Nothing would be impossible.” (Matthew 17:20). If the mustard is the measure of the faith enough to move a mountain, I think a ‘faith not enough’ is such that is smaller than a mustard seed. Mustard seed  are the small round seeds of various mustard plants. The seeds are usually about 1 to 2 millimeters (0.039 to 0.079 inches). The mustard seed is one of the tiniest seeds found in the Middle East, so the conclusion is that the amount of faith needed to do great things is very small indeed. That little is much when it comes from God. So, too, does the tiniest bit of faith, when it is true faith from God.

In Acts 27: 27-28, narrated the ordeals of Paul and his companions who sailed on that ship that was wrecked on the Adriatic Sea, on the coast of Malta, but who were saved from destruction by the four anchors which they cast out of the stern. ‘Even in appearance a ship’s anchor remains much the same today as it always has been. Compare Paul’s grain ship with the Queen Mary or the Queen Elizabeth; there is hardly anything about one ship that is like the other. The oars are gone, the sails are gone, the masts are mostly gone. The ship of today is completely changed; and yet in one respect, except for size, there is not so much difference: the anchor on Paul’s ship and the anchor on the Queen Elizabeth are much the same in form. Human life changes outwardly, but not inwardly. We have automobiles, radios, airships and all the devices of our modern civilization; but inwardly life is much the same—the same perils, the same sorrows the same temptations, the same joy and hope. Therefore, the soul of every man still needs the anchor to keep him steady on his voyage across life’s tempestuous sea. The risk to life continues to increase as the end draws nearer. Thus, on this increasingly dangerous voyage of life, every man ought to carry on his ship an anchor which will not drag in time of storm. And this sure anchor is Hope in the only sacrifice of God, offered for the sins of the world -Christ the Messiah. He is the only.

Your ideology, religion, education, family connections, wealth, or fame are not sure anchors for your soul. They are potential failures when the storms of life rocks your ship. These things are temporary anchors and unstable phenomenon that passes with time. I was inspired by the lyrics of the Album, ‘Unshakable’ by Hill song: “There is hope in the promise of the cross. You gave everything to save the world You love. And this hope is an anchor for my soul. Through every storm I will hold to You. Our God will stand; Unshakable…!” The consolations of God are strong enough to support his people under their heaviest trials. He cannot lie! He is unshakable, and when our hopes rest on Him, we can never be disappointed! The Bible assures us that, “That by two immutable things, in which it is impossible for God to lie, we may have the strongest comfort, who have fled for refuge to hold fast the hope set before us” (Hebrew 6:18).

It is easier for the heavens and earth to pass away than for the anchor whose flukes grips the solid rock. Yes, there are many other anchors, but none can grip the unshakable rock like the hope placed in Christ. It is a faith tested and proved, like the small anchor that saved the ship in the narration. You will stand strong when your hope is in the unshakable; when your anchor grips the solid rock and not an unstable phenomenon. A hopeless man is at the mercy of the storm, unstable and uncertain! Friend, do you have an anchor? If you do, please be very sure your anchor holds firmly to the unchanging God! You are winning! Yes, we are winning!