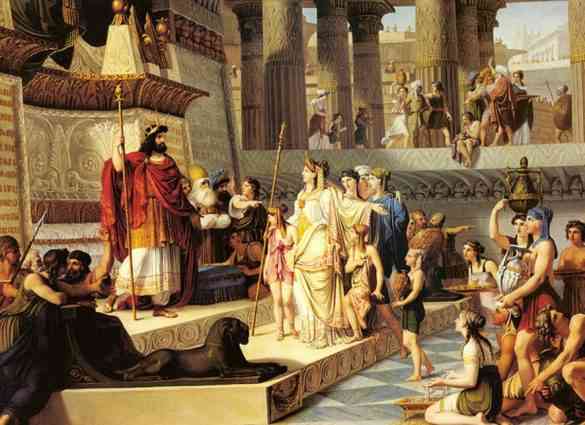 Why I think the queen of Sheba was from Ethiopia

In recent times, I have studied closely the relationship between Jews and the Ethiopians and this aroused my curiosity to research the history of the two races. My attention was again drawn to this on arriving at the Addis Ababa International Airport on March 18th 2017 while on transit to Dubai.  This spurred me to deeply consider if the Ethiopian Jews were Israelis who migrated from Israel or they were offerings of the supposed relationship between the Queen of Sheba and King Solomon. There are so many views about the history of the Ethiopian: while the Jewish version attempted to denounce that Solomon had criminal intercourse with the Queen of Sheba, the offspring of which was Nebuchadnezzar, who destroyed the Temple (comp. Rashi ad loc.). The Ethiopian believes that the relationship between Queen of Sheba and King Solomon produced a son, whom she named Baina-leḥkem (i. e. bin al-ḥakīm, “Son of the Wise Man”, later called Menilek), and that he is the ancestor of the Ethiopian Jews.

I found the below write up from a biblical sources more convincing, especially given the mention of the ‘land of Cush’, which has been found to be the ancient Ethiopia (Genesis 10:6). This is why I think the queen of Sheba was from the ancient Ethiopia “A wide collection of Jewish traditions refer to a Jewish population in the land of Kush, also spelled Cush, and referred to as Ethiopia. As indicated earlier, these ancient geographical terms referred to what is today Northern Sudan, and not present Ethiopia. Kush represents one of the most powerful civilizations of the ancient world; The Kushites developed several kingdoms through history and in the eighth century BC built an expansive empire that extended all the way from central Sudan to central Palestine, which they eventually lost for the Assyrians.

Unlike all forms of contemporary literature, the Bible ranks the Kushites equally with, if not higher than, the major nations of the Bible world (i.e., the Egyptians, the Babylonians, and the Persians). In Genesis 10:6, Cush (or Kush, i.e., who is ancestor of the Kushites) is listed as the first son of Ham before his brothers, Mizraim(ancestor of the Egyptians), and Put (ancestor of the Libyans), and Canaan (ancestor of the Canaanites). Also, the Bible attributes famous characters to Kushite ancestry including Seba (or Sheba) best known for her encounter with King Solomon (1 Chronicles 1:9), Moses Kushite wife Zipporah (Numbers 12:1), and the legendary Mesopotamian epic hero Nimrod (Genesis 10: 8-9). This is just to cite a few.

The Bible presents some of the earliest written evidence for the possible existence of Jews in Kush:

“In that day the Lord will reach out his hand a second time to reclaim the remnant that is left of his people from Assyria, from Lower Egypt, from Upper Egypt, from Cush, from Elam, from Babylonia, from Hamath and from the islands of the sea.”(Isiah 11:11)

“I will record Rahab and Babylon among those who acknowledge me– Philistia too, and Tyre, along with Cush– and will say, ‘This one was born in Zion.'(Psalm 87:4). Also, “From beyond the rivers of Cush my worshipers, my scattered people, will bring me offerings.” (Zephaniah 3:10)

References to Kush in diverse contexts appear in various Biblical and extra-Biblical narratives and traditions, such as the elaborate narrative of Moses journey in Kush presented in the Book of Jasher, of which analysis would exceed the possible length of this article.

Also, as mentioned, the Kushite civilization predates that of Aksum with very prolonged times. While the Aksumite civilization saw its early beginnings in the fifth century BC, and did not develop into an organized powerful kingdom until the first century AD, Kush flourished starting from the ninth century BC and was a was already a Mediterranean empire by the eighth century BC.

Furthermore, Kush retains a geographical location that is more accessible to the Mediterranean than that of the more southerly region of Aksum. The rugged and mountainous character of contemporary Ethiopia, as opposed to the flat lands of the Sudan, has always made communications with other civilization extremely difficult. Thus, a journey of a Jewish population from Palestine to Kush is much more reasonably suggestible than an exhaustive journey to the inlands of the mountainous plateau of today’s Ethiopia.

My research continues. Yes, we are winning!

1.The Forgotten Origin of the Ethiopian Jews; from Northern Sudan. By Ibrahim Omer © copyright 2012.