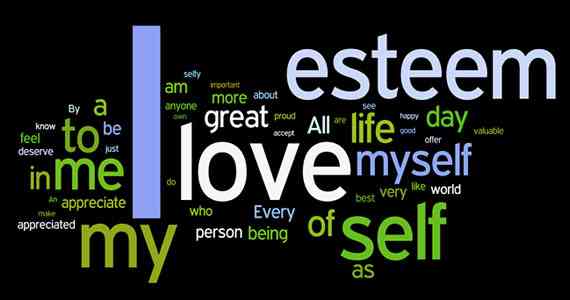 THE CLIMATE OF THE TIMES: MODERN IDOLATRY!

Climate is the weather conditions prevailing in an area over a long period. In cultural parlance, climate is the prevailing trend of public opinion or of another aspect of life. A prevailing cultural climate of our times is the outright perversion of the truth. Every good thing that God created, Satan works to pervert, and this is fast becoming a trending phenomenon in our society. According to the Webster’s Dictionary, perversion is “a diverting from the true intent or purpose; a change to something worse; a turning or applying to a wrong end or use.” Anything can be perverted. For instance, the use of opiates for non-medicinal purposes, is a perversion of the poppy plant. From biblical perspective, the word “perversion”  means a deviation from righteousness to ungodliness. Perversion can be seen in sexual behavior,  conversation,  or justice, or the wrong use of God’s creation.

It began in Eden, when Satan first attempted to twist the commandment of God, and eventually succeeded in causing Adam and Eve to disobey God’s instruction. “Now the serpent was more crafty than any of the wild animals the LORD God had made. He said to the woman, “Did God really say, ‘You must not eat from any tree in the garden’?” Genesis 3:1. “Satan’s plan was to draw our first parents to sin, and so to separate between them and their God. Thus the devil was from the beginning a murderer, and the great mischief maker. He quoted the command wrong. He spoke in a taunting way. The devil, as he is a liar, so he is a scoffer from the beginning; and scoffers are his children. It is the craft of Satan to speak of the Divine law as uncertain or unreasonable, and so to draw people to sin.’ Perversion of the truth is a veritable tool in the hand of satan and he continues to use to put enmity between God and man.

satan cannot create; that power belongs to God alone. So he perverts what God has created. If he can entice God’s most cherished creations to follow him in his twisted ideas, he succeeds in perverting the image of God we were designed to magnify (1 Corinthians 11:7). It is Satan who introduced the idea that perversion equals freedom. But he knows quite well that perversion is a slippery path that leads to bondage and then death. In our society today the need for freedom has made us to change the truth about God and the things He created. By perverting sexuality, speech, or justice, we mar the likeness of God in our own lives.

More than ever before, idolatry has been on the increase, and godlessness is a trending phenomenon in our society.  You may not consider this conversation as important to you because you probably don’t have a carved stone statue in your house or a craven image which you worship. Apparently, Idolatry is subtly working its way into our lives, homes, and communities in an incredible manner!

In scripture, idolatry is regarded as heathen origin, and as being imported among the Hebrews through contact with heathen nations. The first allusion to idolatry is in the account of Rachel stealing her father’s teraphim (Genesis 31:19), which were relics of the other gods by Laban’s progenitors (Joshua 24:2). However, Idolatry is not just a pagan or heathen issue. It is not just an Old Testament or Jewish issue. It is a human issue.

The greatest sin in the Bible by far is the sin of idolatry. It is the main reason why God rebuked and judged the nation of Israel. It was John Calvin who said our heart is an idol factory. Man is created with an innate desire to worship. It was for worship that God created man, so He can derive pleasure from the attention and adoration from man. However, in a fallen world, people constantly seek things they can worship, even though the Creator is before us in plain view. “For that which is known about God is evident to then and made plain in their inner consciousness, because God has shown it to them” (Romans 1:19).

God is intelligent and He created intelligent people. But on the contrary, intelligent people turn into idol story when they reject what they know about God. Instead of looking at him as creator & sustainer of life, they see themselves as the center of the universe. The danger of idolatry is not in the graven image or the object of worship, but in us. All the various forms of modern idolatry have one thing in their core: self. We don’t necessarily have to bow down to idols and images. The adoration we give at the altar of the god of self is the modern idolatry, and the deadliest sin!

Making God in our own image, instead of the reverse is one manifestation of modern idolatry, a sad misrepresentation of God. It is the worst form of man’s depravity! It is rebellion, and the height of ungodliness! It simply means we place self at the center of God, the creator of the universe. Idolatry may be in the form of wooden figures, of goals or things that we pursue such as money, power or possessions.

Today, it is very convenient for us to project our selfish ideas with total disregard to God. We put trust in ourselves, and abilities more than we trust in God. In fact, God is totally out of mention in our pursuit of success and accomplishment. We have now become so self-sufficient that God is not needed in our schools, homes, or house of worship. We have made God into our own image, forgetting that it is not about us, but Him!

“In the way of believing obedience to God’s commandments health and peace may commonly be enjoyed; and though our days may not be long upon earth, we shall live for ever in heaven. Let not mercy and truth forsake thee; God’s mercy in promising, and his truth in performing: live up to them, keep up thine interest in them, and take the comfort of them… In all our ways that prove pleasant, in which we gain our point, we must acknowledge God with thankfulness. In all our ways that prove uncomfortable, and that are hedged up with thorns, we must acknowledge him with submission. It is promised, He shall direct thy paths; so that thy way shall be safe and good, and happy at last (Matthew Henry’s Proverbs 3:6 commentaries).

It is living according to God’s Divine purpose that we win. You’re winning! Yes we are winning!